The Society for the Study of Myth and Tradition is a not-for-profit organization devoted to the dissemination and exploration of materials relating to the myths, symbols, rituals, and art of the world’s religious and cultural traditions. To this end, the Society is the publisher of Parabola Magazine.

What is a Parabola?

A parabola is one of the most elegant forms in nature. Every path made by a thrown ball, every spout of water from a fountain, and every graceful arch of steel cables in a suspension bridge is a parabola.

The parabola represents the epitome of a quest. As stated in our first issue, it is “a curving line that sails outward and returns with a new expansion—and perhaps a new content, like the flung net of a Japanese fisherman.” It is the metaphorical journey to a particular point, and then back home, along a similar path perhaps, but in a different direction, after which the traveler is essentially, irrevocably changed.

Parabolas have an unusual and useful property: as in a satellite dish, all parallel beams of energy (e.g., light or radio waves) reflect on the parabola’s face and gather at one point. That point is called the focus. In a similar way, each issue of Parabola has its own focus: one of the timeless themes of human existence.

Please note that the Society is not a membership organization; that is, you cannot “join,” other than by contributing financially or by enjoying our articles, services and events. 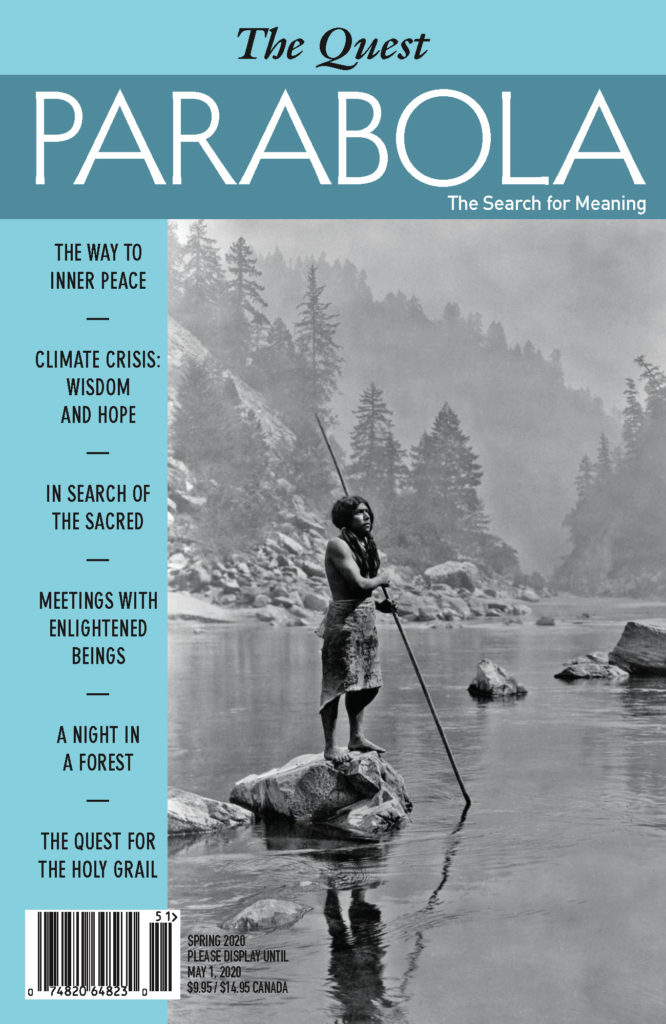 Every reader of Parabola is on a quest: the “search for meaning” on our cover could equally read “quest for meaning.” For many, involvement with quest has been lifelong. As a teenager I daydreamed about searching for the Holy Grail. It wasn’t the sacred relic that fired my imagination, but the quest—the chance to devote body, heart, and mind to the pursuit of something of infinite value.

This Spring 2020 issue of Parabola teems with stories of women and men on similar paramount quests—for the Grail, and for more. There are Dag Hammarskjold, Vaclav Havel, and G.I. Gurdjieff, three wise men who guide us and author Roger Lipsey toward resolution of our global climate crisis. There is religion scholar Elaine Pagels, talking about her quest to understand the gnostic teachings of Jesus. Read more>

Seek & You Shall Find

We'd love to connect with you on any of the following social media platforms.

The only point where one can start to talk about anything, including death, is where one finds oneself. And for me this is as a Benedictine monk. In the rule of St. Benedict, the momenta […] 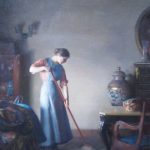 The Art of Cleaning, by Llewellyn Vaughan-Lee and Hilary Hart

Housework as spiritual practice, from a Sufi master 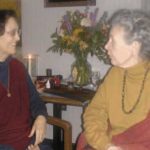 Marion Woodman and the Search for the Conscious Feminine, by Patty de Llosa

“The true feminine is the receptacle of love. The true masculine is the spirit that goes into the eternal unknown in search of meaning. The great container, the Self, is paradoxically both male and female […] 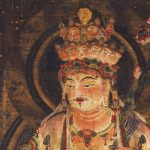 Hearing the Cries of the World, by Mark Nepo

This story is so old we don’t know who told it or who it’s about, except that it speaks to all of us. We no longer know if it was a “he” or “she” at the center of the story. […] 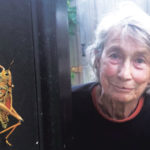 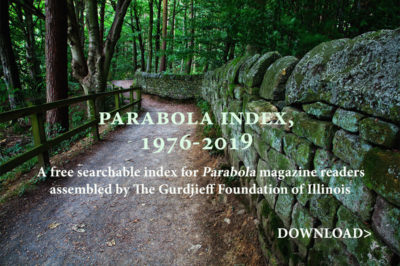 The Gurdjieff Foundation of Illinois has generously assembled a free searchable index for Parabola magazine readers. The index will allow rapid and in-depth access to any topic/author/title covered by over 40 years of Parabola‘s publications Read More »