During the first meditation of my silent retreat at the Insight Meditation Society, I realized I didn’t really want to be away. For months I had longed to be cloistered in silence in the wilds of Massachusetts in the depths of February. Yet in the candlelit meditation hall, I understand that I never really wanted to be elsewhere, just here, fully here, inside my own life. My deepest longing was not to go out but to sink down under the layers of conditioning, to touch the unconditioned. I remembered suddenly and with great force that the kingdom of heaven is within.

“In the point of rest at the center of our being, we encounter a world where all things are at rest in the same way,” wrote Dag Hammarskjold in his spiritual journal Markings. Sitting on my cushion at IMS, I pictured Hammarskjold, Secretary-General of the United Nations and a great peacemaker, finding his way to the center of his being while war raged around him.

Once, while being mugged on a deserted side street in Hell’s Kitchen in Manhattan, a power of stillness and vision descended on me like grace. I glimpsed the light of love and compassion behind the appearances of this world. Everything glowed with this light. I saw that it dwelled in me even when I was in darkness, and that it was my deepest nature. But that was a glimpse, a gift, and the price had been high.

For the first few days, I felt trapped on the surface of my life, full of the heightened self-consciousness of a traveler. I was aware of little besides thinking—all of it shallow and repetitive. Should I wear my sweater or my fleece jacket? Should I have oatmeal or an egg? It was as if there was a buzzing electric fence around my experience, as if the membrane that existed to maintain the boundary between self and other also kept me out. By the third day or so, I woke up utterly tired of maintaining my usual separation, tired of the stories and opinions and the tension I wore like electrified armor. It was not a grand shift, just that my attention became more free to investigate life rather than being an indentured servant of the self, constantly summoned back to think about what the self thinks about this or that. One morning, I tasted a local egg from a local farm that tasted so wild—I swear I could taste the chicken in the egg. That doesn’t sound like much in this super-exciting world, but it was really something to notice—the life inside life.

As the days passed, I became more like a child. I had the kinds of impressions that children have, the kind that Rainer Maria Rilke described in a letter to a young poet: “And when you realize that their [adults’] activities are shabby, that their vocations are petrified and no longer connected with life, why not then continue to look upon it all as a child would, as if you were looking at something unfamiliar, out of the depths of your own solitude….?”

Jesus taught his followers to be like children. The Buddha built his enlightenment on a memory from childhood. Just before his enlightenment, split off from his fellow ascetics, broken and despairing from years of fruitless search, he remembered being a young child, sitting alone under a tree, watching his father and others in his community engaged in a plowing festival in the distance. He was in seclusion in the liberating way that children can be in seclusion.

According to some versions of the legend, the child who would become the Awakened One saw some insects whose homes were being torn up by plowing. He felt a burst of compassion, experiencing a fluid balance between inside and outside, secluded yet connected to life. This was the platform of the Buddha’s awakening. But he defeated the temptations and fears  of Mara, grounded (he literally touched the earth) in the experience of childlike solitude.

On retreat, surrounded by sangha, I went from the surface of my life to the depths. My experience and my sense of myself became less rigid, more fluid, more like a child. I sensed currents that move far below. I went on retreat braced for loneliness and found connection. What looked like austerity from the outside—no talking, no entertainment—was really a place of discovery and play.

Do you remember that freedom? “Sati,” the word for mindfulness in Pali, the language of the earliest Buddhist texts, means to remember. Sitting before a statue of the Buddha shipped to New England from Asia, surrounded by others who had traveled great distances to practice silence and simplicity, I “re-membered” or “re-collected” disparate parts of myself. I remembered pretending as a child to be a spy and a jungle girl, all the while sensing my connection to life and the whole of life.

Every morning at the retreat we rose before dawn to bow and chant to Guan Yin, the female Buddha of Compassion. Head to the floor, arms extended with hands up in a gesture of surrender and supplication, I practiced sacrificing my separate self to a greater consciousness and force of compassion. Raised as a white Anglo-Saxon Protestant in America, I found this gesture exotic, a trip to a remote part of my own humanity. But there was also a sense of homecoming in it. I remembered being a child engaged in a kind of serious play. I remembered playing outside and creeping over the living-room furniture pretending to move carefully through the jungle, entering a hidden kingdom, practicing being awake and aware in my whole body and mind. I remembered how wonderful it was to be alone and unseen, to be capable of courage and grace. On retreat we were not as we are in life—doctors, students, professors, writers, men and women, young and not young. Here we were fellow beings, seeking peace and freedom. The teachers told us the Buddha compared enlightenment to the experience of being forgiven our debts, to having a break in a fever, to emerging from the wilderness of loneliness and longing. In the darkness before dawn, we gathered together, putting down our separate burdens, seeking forgiveness of debts, asking to receive our daily bread of life without trespassing into future, without turning away or trampling past what is offered here and now.

After bowing, we meditated. At times, it felt like Communion, as if I was receiving the new life that is offered when we engage in the small act of renunciation that is returning to the present moment. “Heaven and Earth give themselves,” taught the twentieth-century Japanese Zen master Kodo Sawaki. “Air, water, plants, animals, and humans give themselves to each other. It is in this giving-themselves-to-each-other that we actually live.”

On retreat, letting-go can be a practice. It is the slow process of opening like a lens to the radiance at the heart of our real lives, here and now. We are enlightened as we learn to let the light in and let it shine out. This happens as we learn to be with life just as it is, receiving what is always being offered, always waiting to be received.

In Pali, the word for effort is “viriya.” It comes from a Sanskrit word called “vīrya,“ which literally means “state of a strong man.” In Vedic literature the term is often associated with heroism and virility. The Buddha expanded the definition to refer to a practitioner’s energy or vigor or persistence or exertion. But the effort he described isn’t necessarily effortful striving—that’s often a way to run away from our experience. As the week passed, I began to realize the effort I needed to make to awaken is a gentle effort of allowing—and a child’s willingness to be alone.

Here is Rilke again: “What is necessary, after all, is only this: solitude, vast inner solitude. To walk inside yourself and meet no one for hours—that is what you must be able to attain. To be solitary as you were when you were a child, when the grown-ups walked around involved with matters that seemed large and important because they looked so busy….”

One day, I served as “practice leader,” sitting up on a stage in front of the sangha during a meditation. I had picked up a cold, and as I drew in breath I swallowed my cough drop whole. The adult ego returned in a flash. I wondered how it would look and sound if I started choking, if I spat the cough drop into the bell. Yet sitting up on the stage, I faced the others and felt their energy. I saw there is something that can come through us. I noticed that my thoughts and expectations made a sound, and when I surrendered them there was a very deep silence. The question “Who am I?” became “Why am I here?” I glimpsed that I was not there to be a someone, but to be a seeker among seekers, an opening to a greater light and a stillness that could be shared and received.

In life, I came to this truth, this complete letting go, as a last resort. On retreat, I remembered that J.K. Rowling, the creator of Harry Potter, once told a Harvard graduating class that that rock bottom became the solid foundation upon which she built her life. I remembered that the Buddha’s awakening began with his accepting his failure to attain liberation in an effortful way. I remembered that he remembered his childhood, and that he touched the earth, his mother, who like any good enough mother affirmed his right to sit there, just sit there like a child, exploring his true nature. On retreat, the teachers encouraged us to be with our experience without judgment, welcoming all the orphans of our consciousness.

I remembered what I usually forget, that strength isn’t always strength, and solitude isn’t always solitude. I realized that enlightenment can be child’s play. ♦

From Parabola Volume 37, No. 2 “Alone and Together,” Summer 2012. This issue is available to purchase here. If you have enjoyed this piece, consider subscribing. 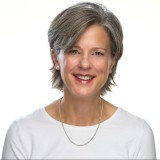